A prostatectomy is a major surgical procedure for the partial or complete removal of the prostate. It may be performed to treat prostate cancer or benign prostatic hyperplasia. A common surgical approach to prostatectomy includes making a surgical incision and removing the prostate gland or part of it.

In a series involving 2782 men who underwent radical prostatectomy for clinically localized prostate cancer, the overall biochemical progression-free survival rate at 10 years was 59%.

Doctors recommend no strenuous activity or heavy lifting for at least one month after surgery. Most people take off work for three to four weeks.

Most people regain control in the weeks after we remove the catheter. Most men who had normal urinary control before the procedure achieve it again within 3 to 18 months after the surgery.

The major possible side effects of radical prostatectomy are urinary incontinence (being unable to control urine) and erectile dysfunction (impotence; problems getting or keeping erections). These side effects can also occur with other forms of prostate cancer treatment.

The reason why radical prostatectomy carries risk of erectile dysfunction is that two small cavernous nerves are located along the sides of the prostate. Normally, these cavernous nerves carry signals to the penis to fill with blood and become erect.

During surgery, the doctor may need to remove one or both nerves if they are too close to the cancer. Also, even if the nerves are not removed, they can still be damaged during the surgery. The trauma to the cavernous nerves is one of the main causes of ED after prostate surgery.

Viagra is an effective treatment for impotency in men who have their prostate removed. For men whose nerves have been spared, the drug improves the ability to have an erection by nearly 60%, but the effectiveness drops to 20% in those with no nerves spared.

Using a penile pump or can following prostate surgery can help men maintain an erection for intercourse. This involves placing a mechanical pump over the penis. This pump creates vacuum pressure, which triggers an erection by causing blood to flow into the penis. To maintain the erection, a small band is placed around the shaft of the penis.

Benefits of Using a Penis Pump after Prostate Surgery

Penis Pumps are effective – most men can get an erection for sexual intercourse.

Penis Pumps have fewer side effects than other treatments – The risk of any side effects are very low in comparison to other ED treatment.

One Time Cost – the overall cost of a penis pump is low. After the initial purchase, there are no other costs unlike other ED treatments.

Penis Pumps are noninvasive – Penis pumps does not require any surgery or require penile injections.

Penis Pumps can be used in conjunction with other ED treatments – Using a penis pump with Shockwave therapy is one combination that is an effective ED treatment. 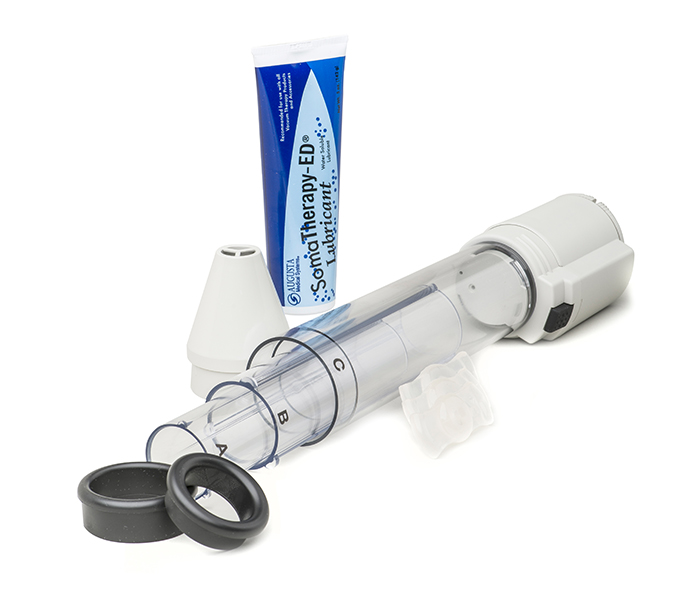 Choosing the Right Penis Pump for you